In January of this year, Marius Zoican visited us at Laurier to give a seminar on his exciting [Zero-Fee Funds](https://papers.ssrn.com/sol3/papers.cfm?abstract_id=3296538) project. When we met to talk shop, we focussed on the speed arms race that has been one of the focal points of microstructure over the last decade. One of the nagging issues with the arms race is that it leads to over-investment in speed technology such that it is socially wasteful ("Frequent Batch Auctions" proposed by Budish, Cramton, and Shim in their 2015 QJE offers one solution). The reaction has largely been to slow markets down, making it unnecessary/unprofitable to engage in the speed arms race.

During our dicussion, Marius mentioned an idea he had been mulling over: what if traders could acquire speed resources (i.e., ones that let them access the market faster) only when they needed to trade? This would be counter to many centralized markets (think TMX venues, NYSE, NASDAQ), where components of trader speed are often acquired on a subscription basis (e.g., co-location). In those markets, co-location was a sunk cost: there when you need it, but also when you didn’t. Perhaps we could tackle the problem by reducing resources wasted during idle-time.

The core idea that speed could be purchased on-demand wasn’t so far-fetched, he told me, as decentralized exchanges currently worked in a similar way: traders would pay a fee to relayers to have their orders raced to the matching engine. What’s more, the higher the fee, the more likely you were to have your order tended to first. In this way, speed—or at least a component of—could be acquired only when needed. The trade-off, however, is that other traders may be playing the same game at the same time as you—maybe also with the same motivation! Surely they, too, would like to be the fastest? Hence, an arms race ensues.

But if speed-on-demand leads to an arms race, why is it any better? The idea here is not to eliminate speed races, but instead to localize them. If speed races could be localized around information events, perhaps uninformed traders could experience repreive at quieter times, thereby improving their trading outcomes.

“So this idea is really about the liquidity of speed!”

You can find his Medium write-up about the project here. 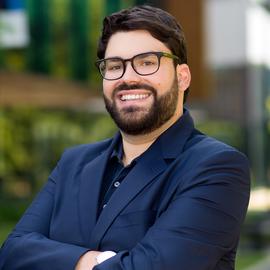 I study the impact of (new) technology on securities exchanges and asset management, as well as how to leverage technological innovations to build a better market.